A couple updates to share with you.
First, hats off to Mike Carey who, against all meteorologic odds, hosted this year's first Bill Koch session - on skis!  He admitted that his expectation was a little fun running around on boots, but the kids had other ideas - the pics attached show the tracks of some happy young kids who had a great day on just under 2" of snow.  Nice job, Mike.
The Water's Edge trail got a complete wash down from the pre-Christmas deluge, washing away all of the snowshoe trail bridges, and both of the ski trail bridges.  One of the bridges was close enough to winch back into place (thanks to the Beast), and the other was replaced for the season with a collection of hemlock beams stored trailside from previous trail clearing, some pallets, and a bunch of plywood that we no longer need elsewhere thanks to all of Bob's drainage work.
Thanks to all who helped pick up the gazillion branches that came down with the wind.  We had some chainsaw help from Don Dearborn - thank him if you see him around.
I'm going ahead with planning the January 29 Nonstop Nordic race, but it remains to be seen if we have enough snow to host it.  Fingers crossed.
Bruce 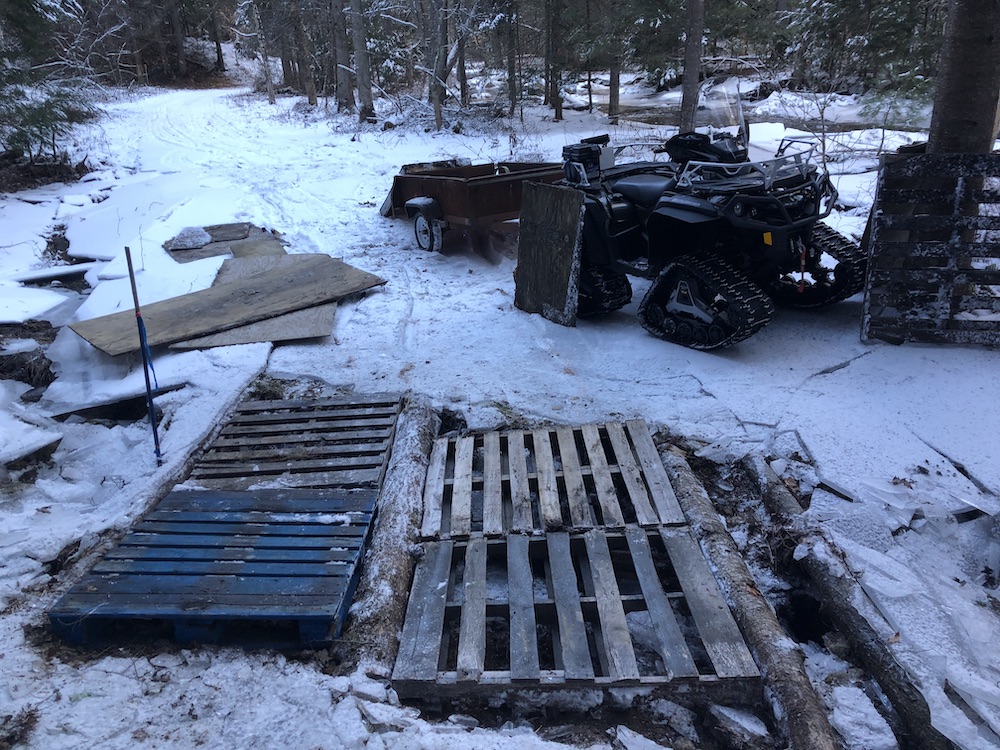 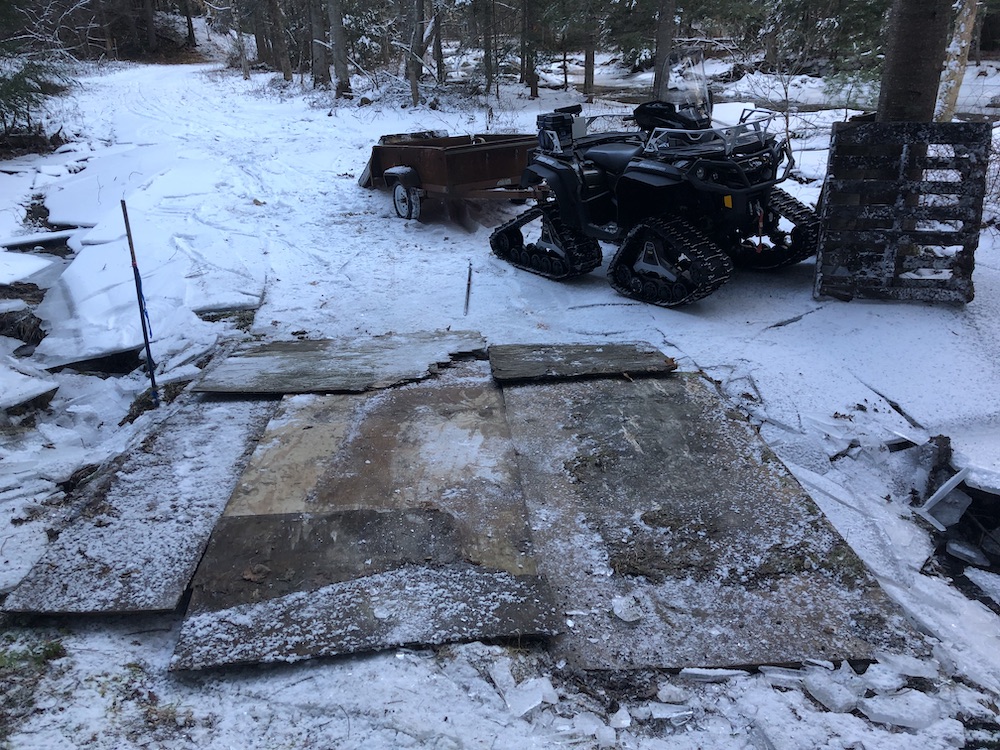 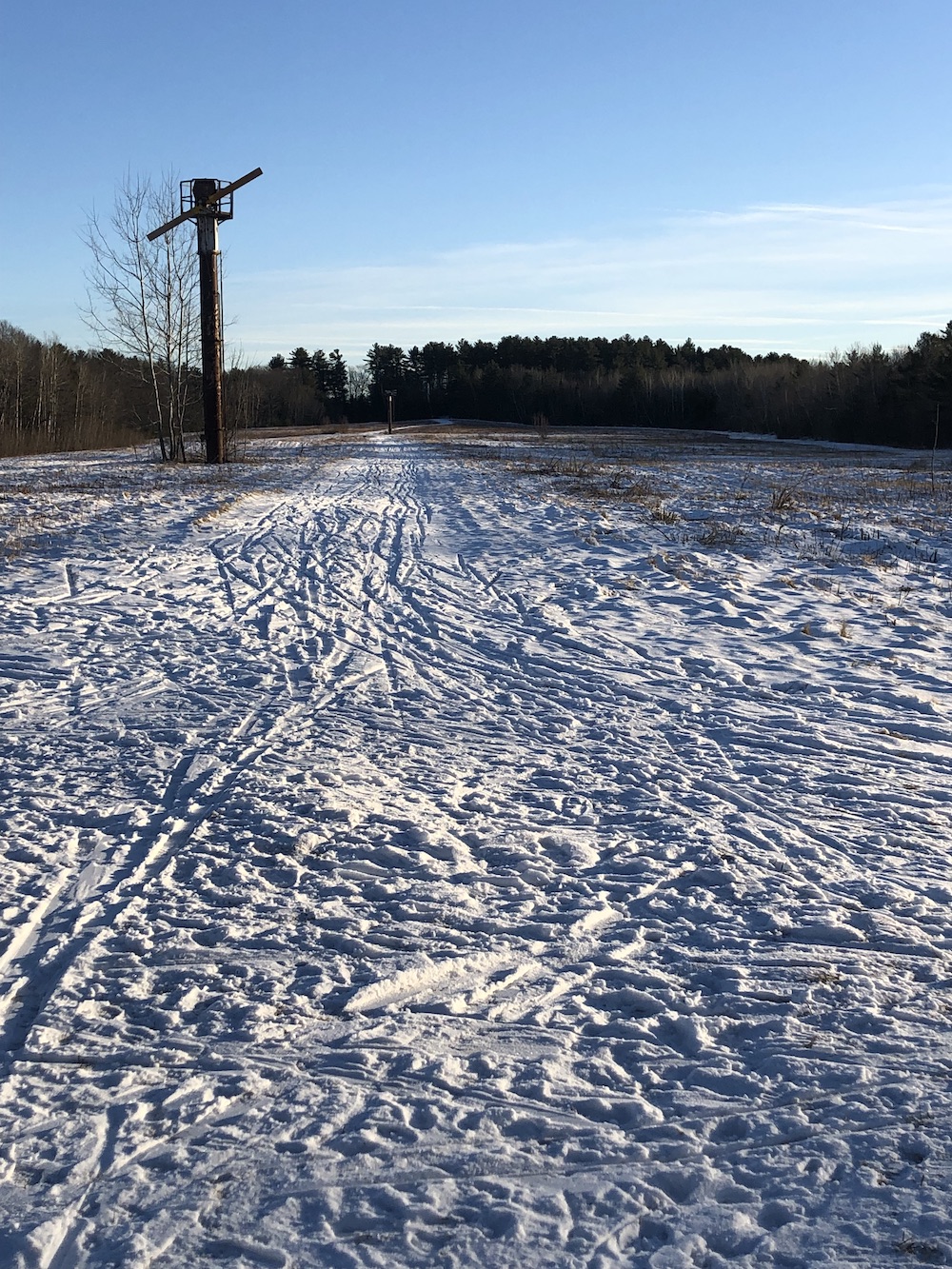 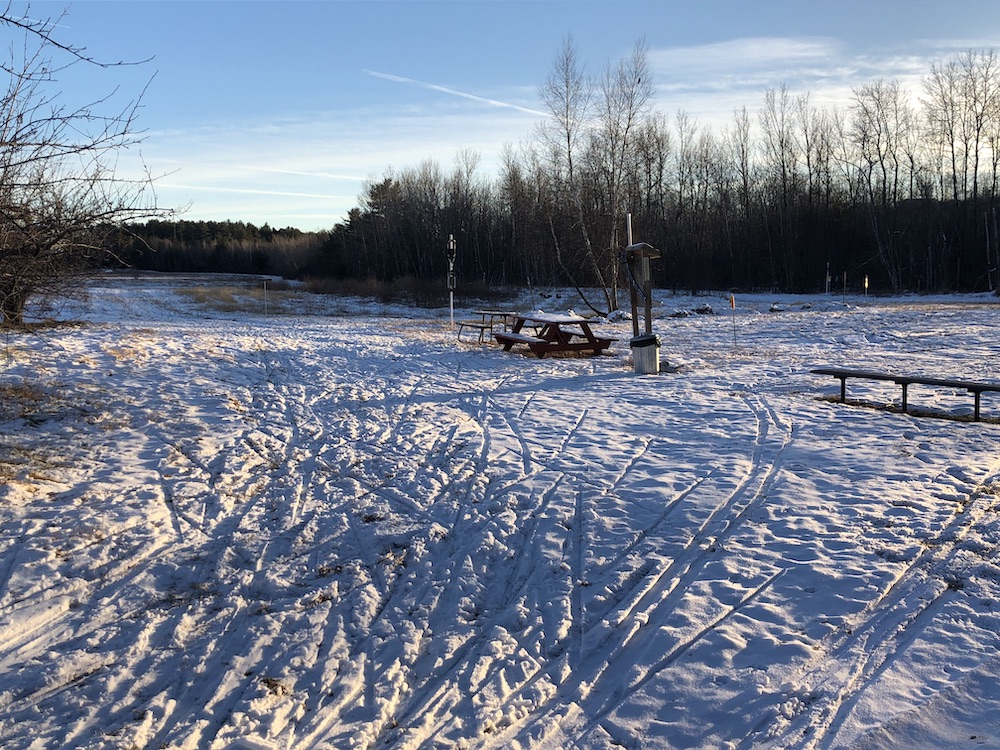